The History of Chicago's Humboldt Park

Sandra Cisneros and her family move many times during her childhood but the majority of it was spent in the Humboldt Park neighborhood.

Humboldt Park became a part of Chicago in 1869. The creation of Humboldt and several other west side parks was originally envisioned to provide a beautiful scenic escape from the congested city life. Originally marsh land, Humboldt Park became “the crown jewel” of the Park District. Housing the offices of famed landscape Architect Jens Jenson, considered by many to be the father of modern landscape architecture, Humboldt Park was at the center of the famed Boulevard system. After the Great Chicago Fire, settlement and development grew this prairie marsh into two-flats, bungalows, and small apartment buildings.

In the coming decades, large numbers of German, Scandinavians, and Italians moved in from neighborhoods to the east. Other nationalities, including Polish and Russian Jews, and Ukrainians, also began to move into Humboldt Park. By the 1930s and 40s the population grew to 80,000 residents. This was the highest number of residents living in Humboldt Park.

In the mid-1950s, Humboldt’s diverse neighborhood grew to include Puerto Ricans. On June 12, 1966 the first of two riots occurred in the community. The “66 Division Street Riots” were in response to the shooting of a young Puerto Rican man by the Chicago Police. This sparked a riot that lasted three days and led to the creation of many organizations that to this day struggle for social change in the community.

In smaller, but increasingly significant, numbers, Mexican immigrants joined the community mix; by 1980 they represented almost one-third of Humboldt Park's 29,000 Latinos (with Latinos constituting 41 percent of the total population). By 2000 Latinos were 48 percent of the population, and half were of Mexican origin. Meanwhile, the black population has steadily increased to equal the size of the Latino population. Most recently, the arrival of Dominican immigrants in the northwestern section reflects the community's ongoing ethnic evolution. 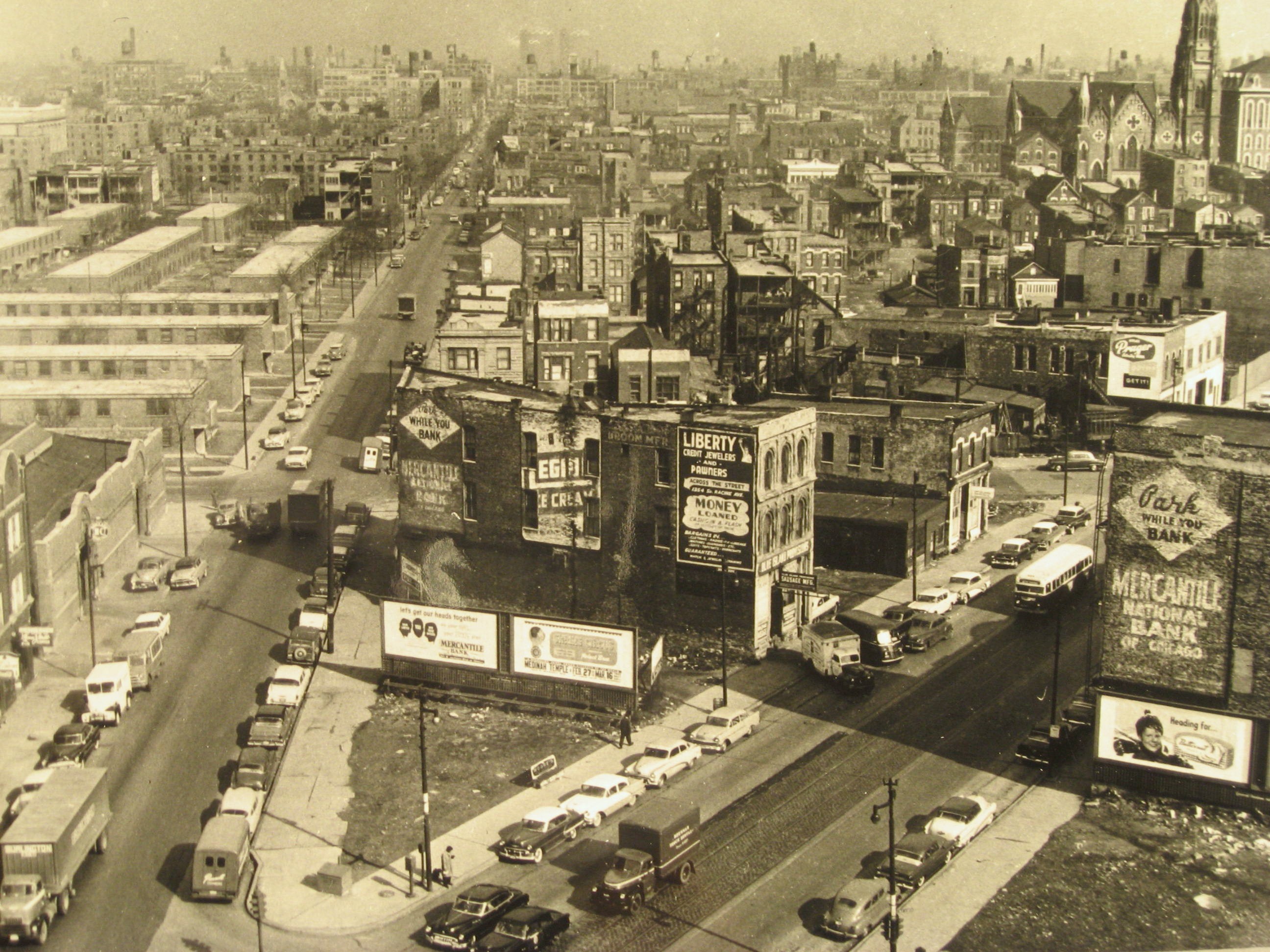 The Settlement Experience of Latinos in Chicago: Segregation, Speculation, and the Ecology Model

This article addresses Latino settlement in Chicago. It contends that this experience has been characterized by residential exclusion and speculation rather than by opportunity and mobility. The analysis disagrees with descrip- tions of Latino settlement based on the ecology model (Aguirre, Schwirian & LaGreca 1980; Massey 1987). It claims that the model, though descriptively relevant, is not very useful for explaining the Latino experience. The argument is specifically different from Massey's (1987) version, which contends that while the ecological model cannot explain black residential distribution, it is valid for Latinos. Statistical evidence may suggest the relevance of aspects of the model, but it misses key qualifications and elements suggested here. The argument is constructed in four sections. The first argues that Latino immigration reflected U.S. domination of Latin America. The second examines ways in which the resulting vulnerability and status of Latinos allowed for real- estate speculation to exploit their quasi-racial status and highlights the resulting processes of residential exclusion. The third describes the settlement patterns of Latinos today and brings up additional evidence questioning the applicability of the ecological model to them. It concludes with a brief discussion of findings.